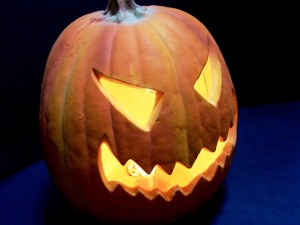 Nobody should participate in this side of Halloween. Now, I am not saying that we should reject Halloween all-together, rather I am suggesting that we need to start to think about it now in order to plan on how we might redeem the good in it.

But, first, let us look at the bad, by way of introducing a few costumes.

I remember dressing up as a kid as a robot, superman, cowboy, etc. I also remember some ghosts, princesses, etc. But, I certainly don’t remember the tawdry outfits that we have today. Think of Halloween as a kid. What did you dress up as? Well, you could probably put the word “sexy” before that costume idea and if you google it, come up with several options. Seriously, who dresses as a “sexy” kid’s cartoon character and thinks that is just okey-dokey (if you think there is something sexy about Dora The Explorer, then there is really something wrong inside)? This means that both men and women have some work to do.

WOMEN STAND UP FOR YOURSELVES. Who do you think designs all these “sexy” and “adult” costumes? It certainly isn’t your neighborhood feminist, religious sister, or anyone else who respects women. It is someone who wants to use your beauty to incite lust in others. This not only is scandalous and sinful, but it is just downright evil. Pornography is the depiction of human sexuality with the intent to incite lust. If that is the case, don’t treat your body like a walking porn video by dressing in something that shows too little of who you truly are by showing too much of your beautiful body!

Think of it this way – what spiritual being would want men and women displaying themselves for others in bars, streets, and parties? Hint – it ain’t anybody in Heaven…

Even small children’s costumes have been sexualized (but as a father of four girls, you won’t find any of them dressing up like tiny strippers, which they DO have).

There are some who say that Christians should not partake in anything that has to do with Halloween, because of it’s association with evil, the devil, and the occult. While we certainly shouldn’t have anything to do with those things, we need not throw the baby out with the bathwater. There are some good things about Halloween as expressed in these Catholic articles, which can be redeemed:

With this all in mind, I make the following suggestions if you are going to participate in Halloween: