Pope Francis continues his catechesis on Family Life by reflecting on work, which is a part of God’s creative design. Through work, the family is cared for and children are provided with a dignified life. So too the common good is served, as witnessed by the example of so many fathers and mothers who teach their children the value of work for family life and society. When we engage in work, we share in creation by caring for the earth and cultivating it. If, however, we reduce work to profit and disregard its effects on humanity and the world, the environment and our lives suffer. This especially hurts the poor and families.

Translation of Pope Francis’ address to the General Audience of Aug. 19, 2015

(From www.zenit.org) Work, it is commonly said, is necessary to maintain the family, for the children to grow, to ensure a dignified life to one’s dear ones. The best thing that can be said about a serious and honest person is: “He is a worker,” in fact, he is really one who works, he is one that doesn’t live off the backs of others. There are so many Argentines today, I have seen, and I will say as we say: “no vive de arriba” (who don’t live supported by others). You understand? And, in fact, work, in its many forms, beginning with household work, also cares for the common good. And where does one learn this hardworking lifestyle? It is learned first of all in the family. The family educates how to work with the example of the parents: the father and mother that work for the good of the family and of society.

In the Gospel, the Holy Family of Nazareth appears as a family of workers, and Jesus himself is called “son of the carpenter” (Matthew 13:55) or actually “the carpenter” (Mark 6:3). And Saint Paul does not fail to admonish Christians: “If anyone was unwilling to work, neither should that one eat” (2 Thessalonians 3:10). This is a good recipe for losing weight: don’t work, don’t eat! The Apostle is referring explicitly to the false spiritualism of some that, in fact, live on the backs of their brothers and sisters “without doing anything,” (2 Thessalonians 3:11). In the Christian concept, the commitment of work and the life of the spirit are not at all opposed to one another. It is important to understand this well! Prayer and work can and must be together in harmony, as Saint Benedict teaches.

Lack of work also harms the spirit, as lack of prayer also harms practical activity. To work – I repeat, in a thousand ways – is proper to the human person. It expresses his dignity of being created in the image of God. Therefore, it is said that work is sacred. And, consequently, the management of employment is a great human and social responsibility, which cannot be left in the hands of a few or discharged on a divinized “market.” Causing the loss of jobs means creating serious social damage. I am saddened when I see that there are people without work, who don’t find work, and don’t have the dignity of bringing the bread home. And I rejoice so much when I see that some [political] leaders make many efforts to find jobs and see that all have work. Work is sacred. Work gives dignity to a family. We must pray that work is not lacking in a family.

Therefore, like celebration, work is also part of the design of God the Creator. In the Book of Genesis, the subject of the earth as home garden, entrusted to the care and work of man (23:8.15), is anticipated with a very touching passage: “In the day that the Lord God made the earth and the heavens, when no plant of the field was yet in the earth and no herb of the field had yet sprung up—for the Lord God had not caused it to rain upon the earth, and there was no man to till the ground? but a mist went up from the earth and watered the whole face of the ground” (2:4b6a). It’s not romanticism, it is a revelation of God? and we have the responsibility to understand and assimilate it in depth. The Encyclical Laudato Si’, which proposes an integral ecology, also contains this message: the beauty of the earth and the dignity of work are made to be combined? both go together: the earth becomes good when it is worked by man. When work is detached from God’s covenant with man and woman, when it is separated from its spiritual qualities, when it is hostage to the sole logic of profit and scorns the affections of life, the humiliation of the soul contaminates everything: even the air, the water, the grass, the food … Civil life is corrupted and the habitat is damaged. And the consequences strike, above all, the poorest and the poorest families. The modern organization of work sometimes shows a dangerous tendency to consider the family a burden, a weight, a passive “element” for the productivity of work. But we ask ourselves: what productivity? And for whom? The so called “smart city” is, without a doubt, rich in services and organization? however, it is often hostile, for instance, to children and the elderly.

Sometimes one who plans is interested in the management of the individual workforce, in assembling and using or discarding according to the economic convenience. The family is a great test bench. When the organization of work holds it hostage or, in fact, places obstacles in its way, then we are certain that the human society has begun to work against itself!

Christian families receive from this circumstance a great challenge and a great mission. They bring to the field the fundamentals of God’s creation: the identity and bond of man and woman, the generation of children, the work that renders the earth domestic and the world habitable. The loss of these fundamentals is a very serious affair, and in the common home there are already too many cracks! The task isn’t easy. At times, it might seem to family associations, that they are like David before Goliath … but we know how that challenge ended! Faith and shrewdness are needed. In this difficult moment of our history, may God grant us to receive his call to work with joy and hope, to give dignity to oneself and to one’s family.

“Special attention from those responsible for the common good” is due to the family, ” the basic cell of society, which fosters the solid bonds of unity on which human coexistence is based, and, through the bearing and education of children, ensures the future and the renewal of society,” said Pope Francis in his speech on Wednesday, 8 July at “El Alto” international airport, Bolivia. The Pope spoke once again about the family, “threatened from all sides,” during the meeting with the civil authorities in the Cathedral of La Paz: among the factors that threaten the family are “domestic violence, alcoholism, sexism, drug addiction, unemployment, urban unrest, the abandonment of the elderly, and children left to the streets” as well as “pseudo-solutions which are not healthy for the family,” but rather—he said—”show the clear effects of an ideological colonization. Many social problems—he added—are resolved in the family, and resolved quietly; there are so many of them. The failure to assist families would leave those who are most vulnerable without protection.” (Pope Francis in Bolivia, Summer 2015)

The person is not only sacred but also social. How we organize our society – in economics and politics, in law and policy – directly affects human dignity and the capacity of individuals to grow in community. Marriage and the family are the central social institutions that must be supported and strengthened, not undermined. We believe people have a right and a duty to participate in society, seeking together the common good and well-being of all, especially the poor and vulnerable. 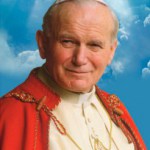 Catholic Earth Day: Pope Calls For a Day Of Prayer For Care Of Creation September 1: Pope Francis has issued a challenge for all Catholics to join in a first-ever “World Day of Prayer for the Care of Creation” on September 1, 2015. The Pope asked that on this day Catholics pray and reflect on ways they might live in greater harmony with the environment.

Texas Could Set National Template for Limiting Abortion Access (New York Times – August 19, 2015): The next big Supreme Court case involving abortion is expected to come from Texas, where a 2013 law led to the closing of many clinics and inspired abortion opponents around the country to propose similar restrictions. The Texan law shows how regulations about clinic quality and women’s safety can reduce access to abortion.

First-time Texas Drug Felons to Be Eligible Again for Food Stamps (Houston Chronicle – August 19, 2015):  On Sept.1 Texas will allow tens of thousands of residents convicted for the first time of drug crimes to receive food assistance from the federal government, but no cash help through welfare, as long as they comply with the conditions of their parole and do not commit a second offense while receiving assistance. Texas is joining 43 other states in ending a ban that once covered the entire nation.

Death Penalty Update (from Texas Coalition Against the Death Penalty): The Texas Court of Criminal Appeals has granted a stay of execution to Bernardo Aban Tercero, a national of Nicaragua who was scheduled to be executed on August 26, 2015, based on a new appeal in which a prosecution witness in his 2000 trial admitted she provided false testimony. Tercero is the eighth person to receive a stay of execution this year in Texas.

• Wed. Sept. 9 at 6:30 pm in room 201: ACT meeting Advocates for Christ Today (ACT) – Serving Others, Serving Christ – is St. Mary’s student organization for services and social justice. Come to their first meeting to learn how to get involved and make new friends. To participate in services, Visit ACT page to see how to get involved.