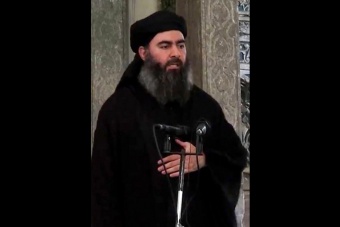 When asked by CNA if interreligious dialogue with fundamentalist branches of religion can be done, Cardinal Parolin said “I don’t think it’s possible.”

Dialogue, he said “is done with the small talk (between those) who enter into a relationship, no? So interventions here are not at all reasonable with those who refuse to dialogue.”

“So I don’t think that it’s possible to dialogue with fundamentalists. One can offer to dialogue, but I don’t see many opportunities of establishing a dialogue.”

Cardinal Parolin spoke with CNA Oct. 29, after addressing participants of a conference commemorating the 50th anniversary of the publication of Nostra aetate, the Second Vatican Council’s declaration on the relation of the Church to non-Christians religions.

Cardinal Parolin's concerns are also shared by Archbishop Bashar Warda, Chaldean Archbishop of Erbil, who spoke to CNA Oct. 28 at the close of the Chaldean synod of bishops, which took place this week in Rome.

Erbil is the capital of Iraqi Kurdistan, and is where some 13,500 families fled after being displaced by the Islamic State's takeover of Mosul and the Nineveh plain last summer. It is fewer than 55 miles away from Mosul.

Archbishop Warda said that as far as dialogue with fundamentalists goes, “if you mean ISIS then no,” it’s not possible, because “they would not imagine themselves in any position of dialogue.”

It’s not a matter of not wanting to dialogue with them, he said, but rather of fundamentalist groups such as the Islamic State “just refusing.”

“We are infidels to them,” he said, while noting there is a difference between the Islamic State and its victims, such as those who are living under the caliphate's rule in Mosul and other parts of Iraq.

As far as those people are concerned, “I think yes, we have to go back again and try to build a bridge of peace and trust.”

Cardinal Parolin said building peace is “a great responsibility” for all religions, but is something that must come from the human heart.

“In this sense the work and contribution of religion is fundamental,” he said, especially when it comes to the justification of violence in the name of God and religion.

Religions “have a great duty and responsibility” in this regard, the cardinal noted, especially “to call the members of various religions to be builders of peace.”

However, he also noted that peace is not something that happens immediately, but must be built over time. Peace is only possible, he said, “to the extent that there are people disposed to building peace.”

Nayla Tabbara, a Muslim woman from Lebanon and vice-director of the Adyan Institute, was among yesterday’s speakers at the Nostra aetate conference. She spoke to CNA about Pope Francis’ recent call for Muslims to be clear on where they stand in terms of fundamentalists groups such as the Islamic State.

She said that so far “there have been many responses” to the Pope’s exhortation, and cited her own institute – which is focused on interfaith dialogue and dealing with diversity – as one of several which have become active in encouraging openness, dialogue, and religious freedom.

“What we are doing is trying to build the capacities of young leaders to be Muslims fully in diverse societies (and) to live their faith according to interpretations … of openness, of equality, of citizenship, of religious freedom,” she said.

Through their work, the organization is “counteracting extremism not only by saying that ‘this is against Islam’ or ‘this is marring the image of Islam,’” but by giving real, deep and active examples of what the values upheld by Islam really are, Tabbara said.

She expressed her sadness to see so many Christians currently leaving Iraq and Syria due to extremist violence.

It’s also important for Christians to feel like they are in a place where they are contributing to society and the local culture, rather than being taken over by an Islamic culture, she said.

“So this is our fight and we fight this fight together, not only for Christians, but (all) religious groups present in the Middle East.”